Skip to Main Content
It looks like you're using Internet Explorer 11 or older. This website works best with modern browsers such as the latest versions of Chrome, Firefox, Safari, and Edge. If you continue with this browser, you may see unexpected results.

This guide provides links to resources to learn more about the 1918 flu pandemic. 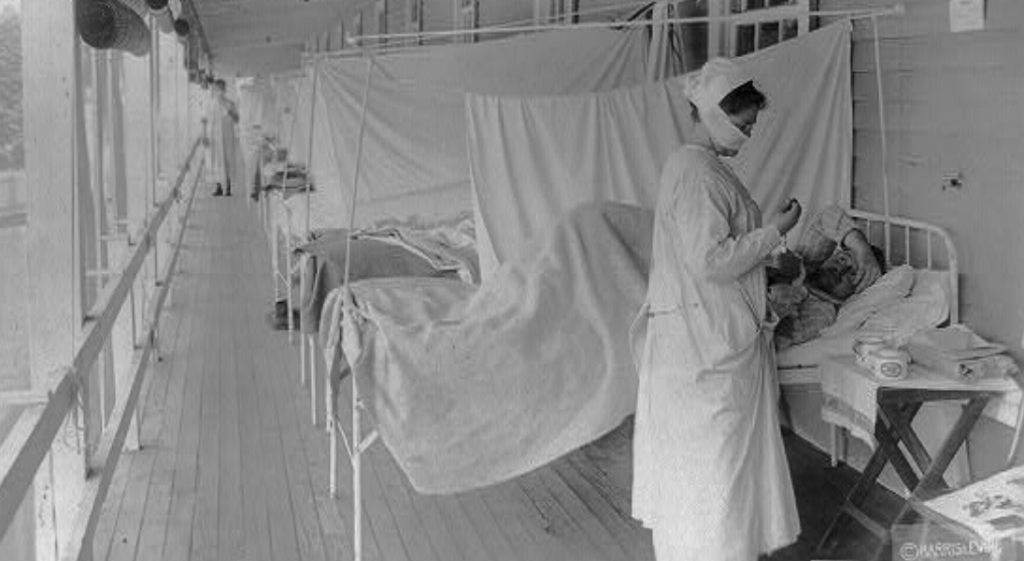 A nurse takes a patient's pulse in the influenza ward at Walter Reed Hospital, Washington, DC, 1918 or 1919.  Photo from the Library of Congress, Prints and Photographs Division.

In the spring of 1918, a new strain of influenza emerged.  While the flu is often most dangerous for the very young and very old, this strain was unusual in that many of its victims were young, healthy adults.  This strain is often referred to as the Spanish Flu, although it is no longer believed to have originated in Spain.

The virus mutated during the summer of 1918, and in the fall of that year, a second, more deadly wave of the virus spread around the globe.  A third wave of the virus would last into 1920, ultimately killing more than 50 million people worldwide in the span of two years.  In the United States, the virus killed 675,000 Americans.

There are a number of government resources where you can find information on the 1918 influenza pandemic.  The websites below are good starting points to learn more.

The Videos tab provides links to short videos and documentaries on the pandemic.

The Articles and Blogs tab provides links to articles on the 1918 pandemic, as well as government agency blog posts.